RongRong's Diary presents a selection of photographs made by artist 荣荣 RongRong in conjunction with his diaries and letters to his sister.

This book unfold an intimate world in China during tremendous economical and social transformations from the early 80s. Under these factors, a group of avant-garde artists such as 张洹 Zhang Huan, 左小祖咒 Zuoxiao Zuzhou, and 马六明 Ma Liuming gathered in the "Beijing East Village" - in reference to New York's East Village - better known today as 798 Factory Art District. The Beijing East Village was located near a dump, described as an isolated slum, home to underprivileged people and a number of artistic renegades and misfits. 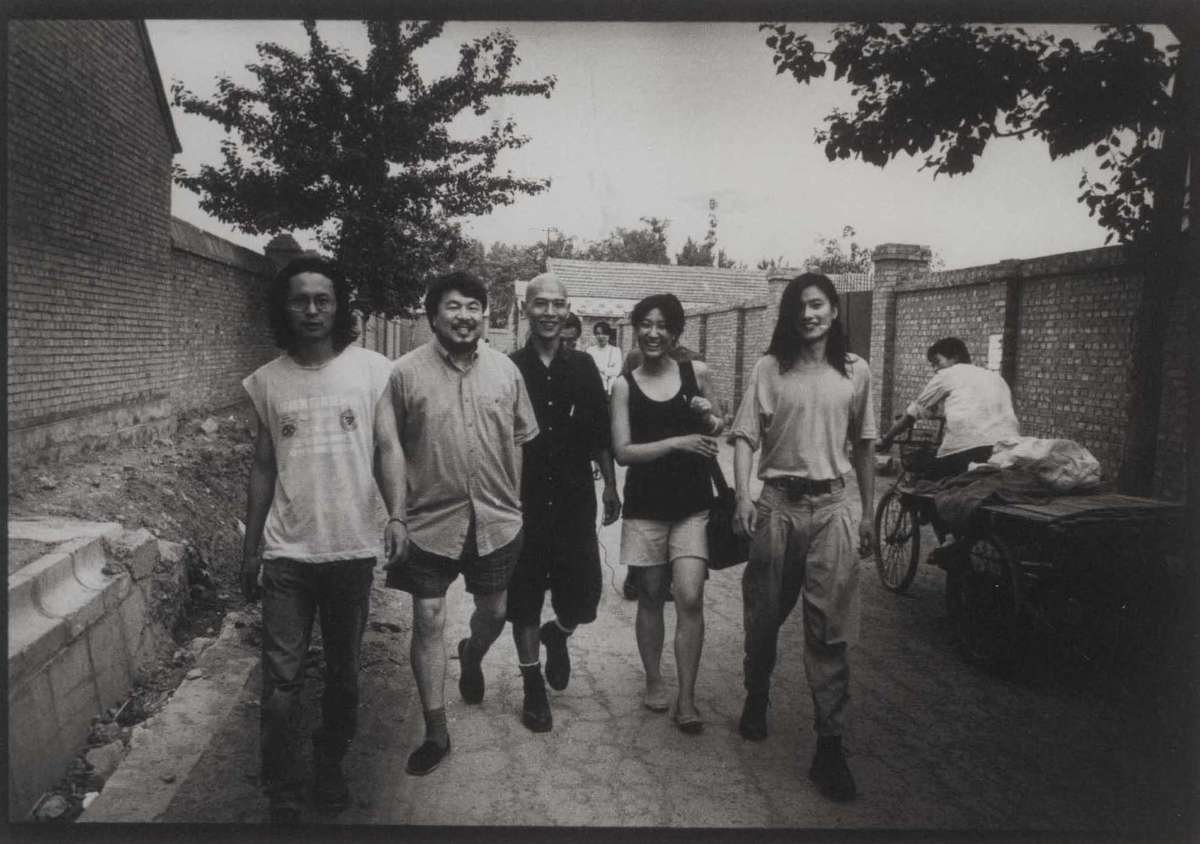 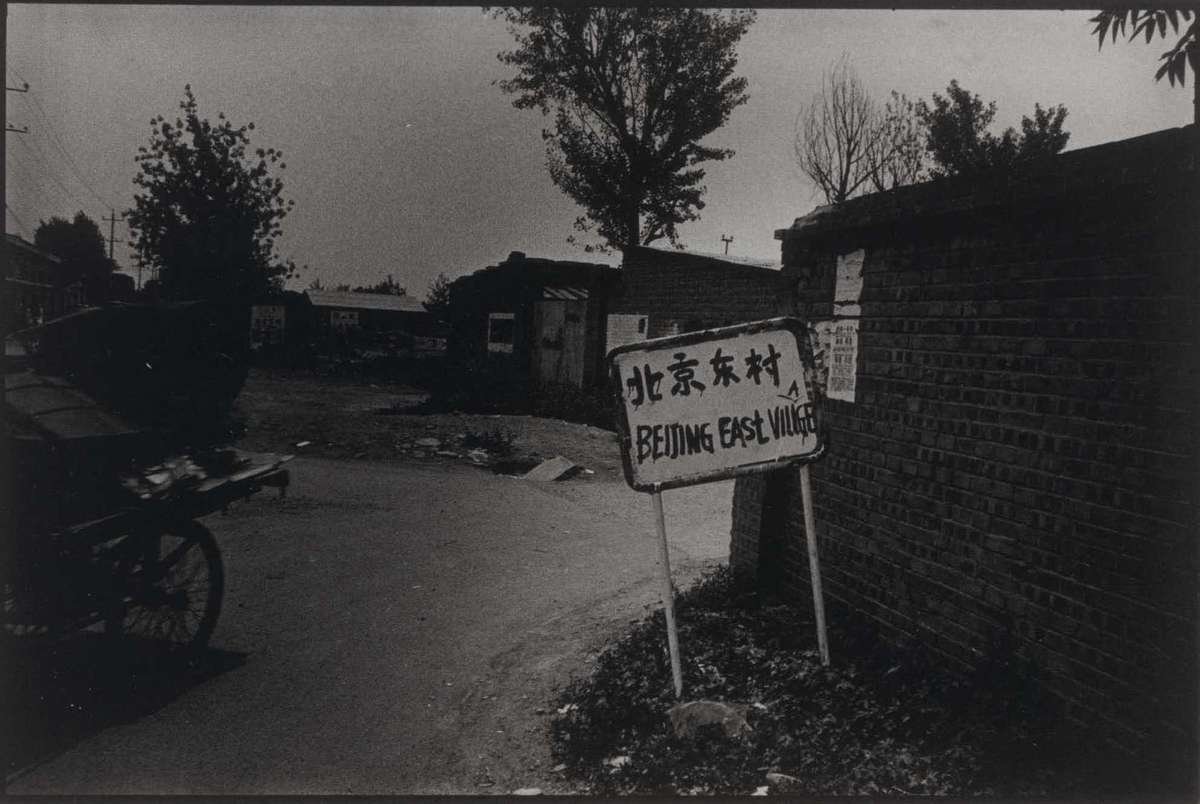 
As one of the founders of this group, RongRong is known for documenting the life-style of the East Village community.

The ephemeral creations of these artists are known through his images. Later, he met his artistic partner and wife Inri, together they created series of photographs that explore the beauty of the human being, the urban environment as well as the development of their family.

In 2007, RongRong launched the 三影堂摄影艺术中心 Three Shadows Photography Art Centre located in the 草场地 Caochangdi Art District in Beijing. It is China’s first independent photography centre which influence and facilitate the development of China’s contemporary photography. In 2016, they received the Outstanding Contribution to Photography by the World Photography Organization (WPO) for their lifetime commitment to photography.


Zhang Huan was born in 1965, recognized as one of China’s most influential contemporary artist.
He began his career as a painter and then became well known for his performance art. He has put forth some intensive and visceral works such as 12 Square Meters (1994) and 65 Kilograms (1994), both investigating human endurance and spiritual tranquility.

By using the body as a medium of art creation Zhang realizes that the body was the most direct way to connect with society as well as proof of one’s personal identity. He believes that the physical body is the carrier of his inner heart. Zhang then spent over 10 years in New York until 2005. His believe in Buddhism and the feeling of being an outsider in New York made him identified with his own culture stronger than ever.

Looking back at his years in the west, Zhang Huan realized that his roots in China has not only supported his passion as an artist, but also served as a guidance as he tried to find his place abroad as a foreigner. In his early 40s, he has stopped performing and shifted to painting, photography and sculpture in a huge studio he opened in Shanghai. 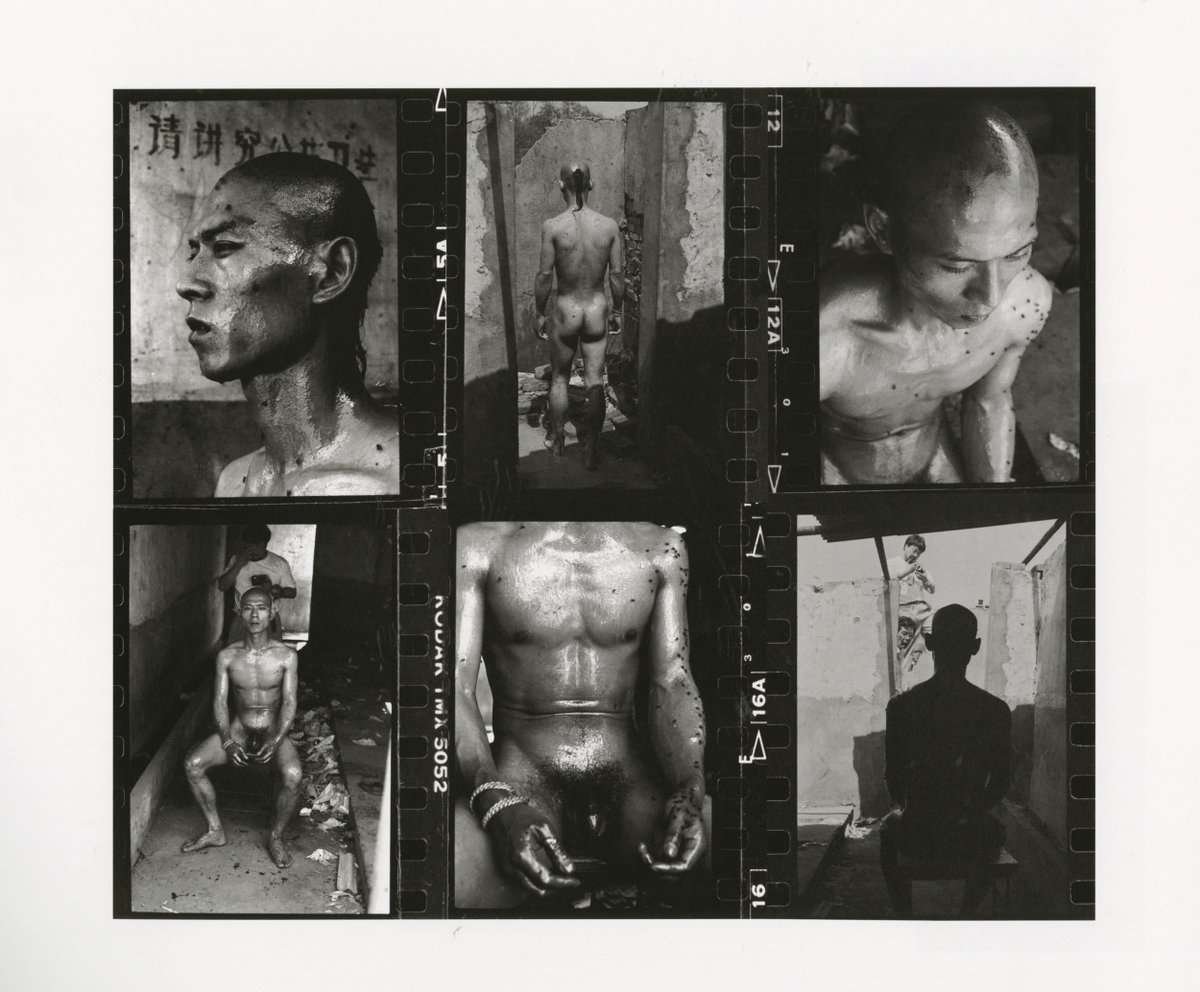 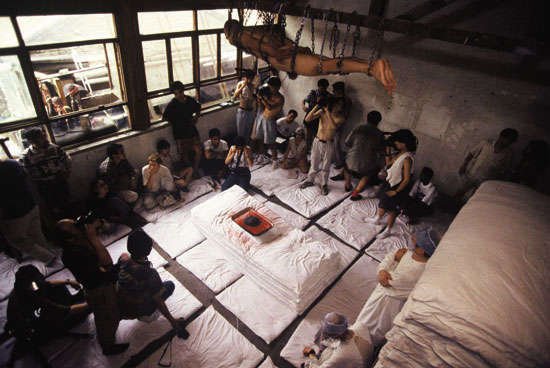 
Ma Liuming was born in 1969, his performance pieces that explores the power and poetry of public nudity in China made him once a target of government censorship.
Throughout most period of his career he was unable to perform in China. Ma Liuming started his experimental performance art in the Beijing East Village after graduated with a degree in oil painting.

In 1994, a year after his arrival, he created his first performance piece called "Fen-Ma Liuming's Lunch", a collaboration with Zhang Huan and Zhu Ming. In this piece, he was naked, appearances as a woman that later became his signature look in a number of subsequent performances. His appearance doesn't define his own sexuality but more of an investigation of sexual difference and gender identity. This cause him a lot of trouble of getting arrested because the subject he performed challenge social restriction and political authority.

After Ma was released, the sense of unsafeness and danger under the concern of life and society he had at that time was revealed in his early works. He returned to China in 2000 and has shifted to painting. The "Baby series" was created during this period, in which different faces appear on infant's bodies. This was inspired by his first born. As a father, he began to investigate the origin and purity of life. 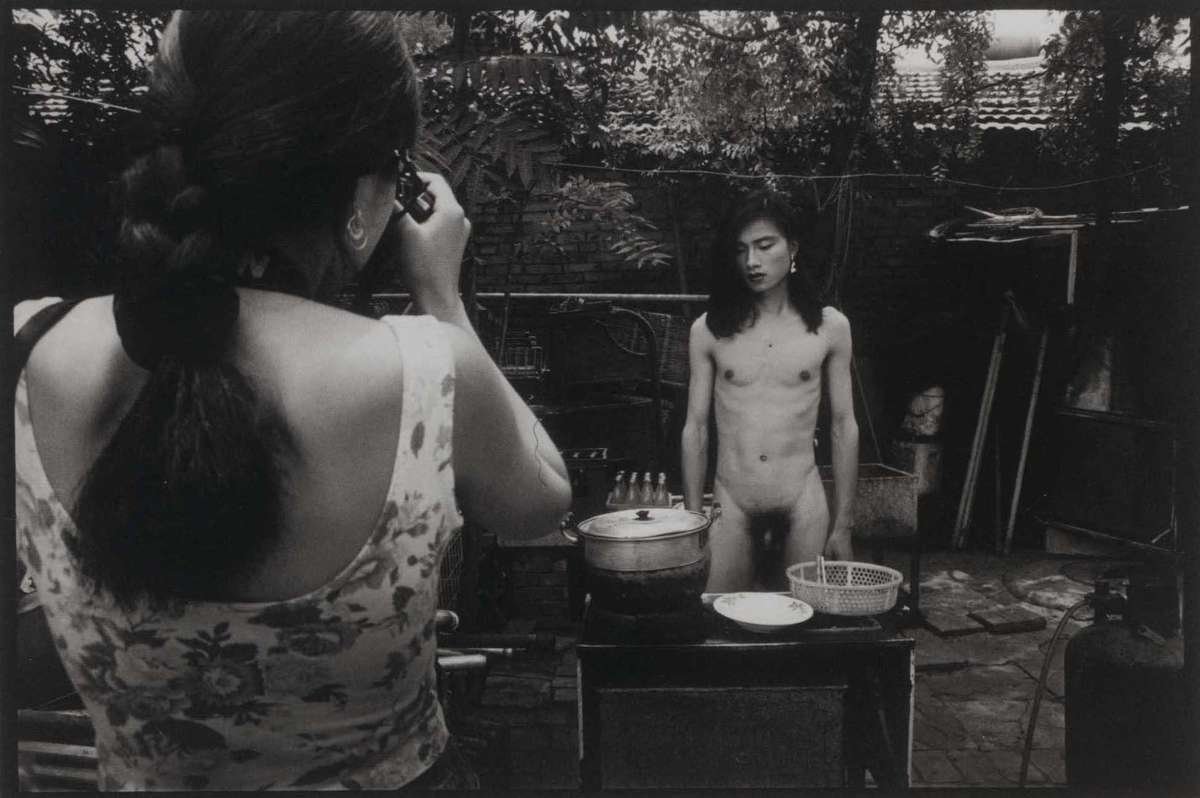 
Zuoxiao Zuzhou has called “the most important musician in China” by Ai Weiwei, who chose Zuzhou to produce his first rock album The Divine Comedy.
In 1993, Zuoxiao moved from Shanghai to Beijing and established the East Village community together with other artists. During this period, he founded the band NO and changed his name to Zuoxia as the vocal, guitarist, violinist and composer for the band.

In 1997, he came up with the song “Methodology” after being released from jail. The lyrics was taken from the speech about “Mao Zedong thought” and “Deng Xiaoping theory” in the People’s Daily Newspaper, and the vocal is elongated and exaggerated that seems to mock Jiang, the president of China at that time. Though he denied the attempt, the song was banned in China.

He is often been comparing to Lenord Cohen and Tom Waits for his out-of-tune vocals and ingenious lyrics. His boldness of calling out Chinese political and social issues makes him the most provocative artist in the Chinese music scene. 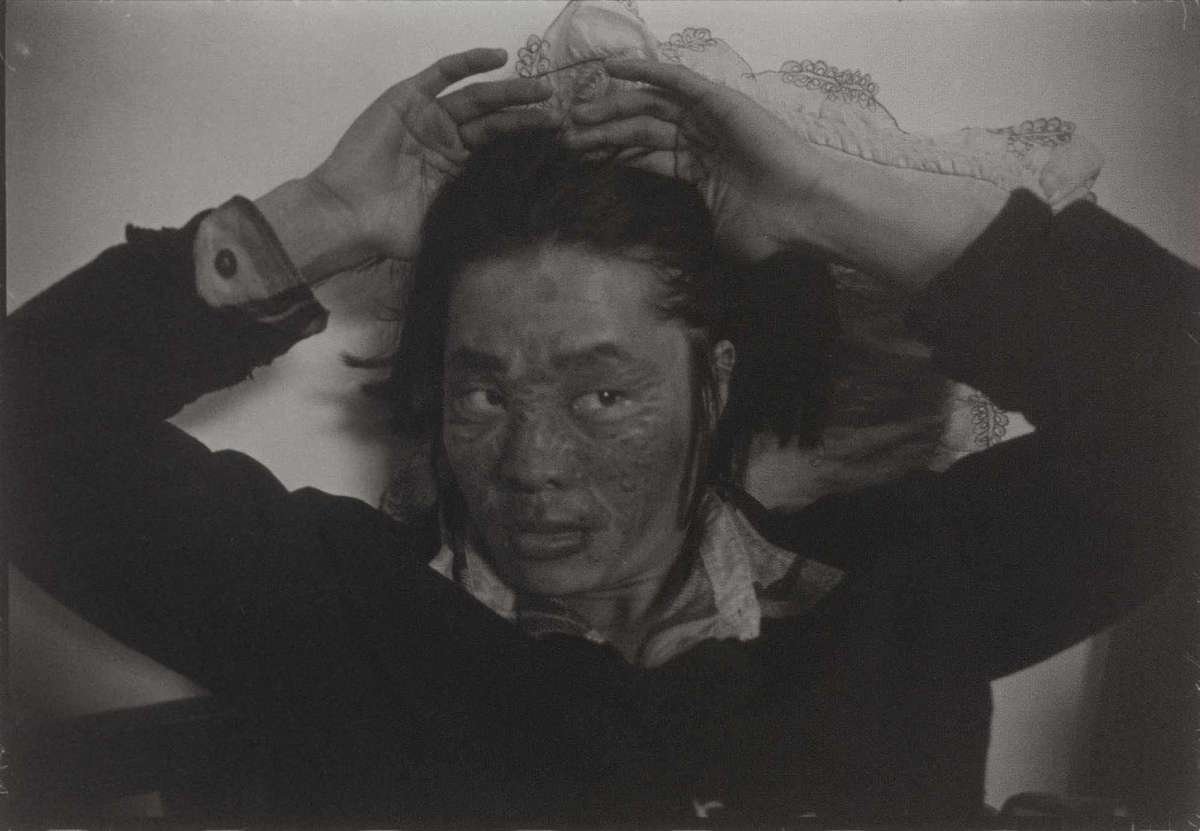